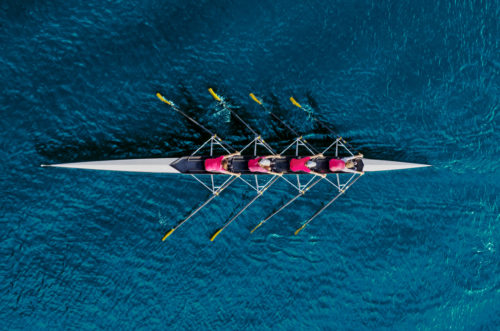 Great news this week from a couple of colleges laying the foundation of furthering college access. The first salvo came from Worcester Polytechnic Institute, which announced it is going test blind in the fall, the start of an eight-year trial of reviewing all applicants without looking at anyone’s test scores.

In taking this step, WPI is building on a data review of going test optional for some time, and their conclusions are compelling. The reasons for going test blind are nicely laid out in this interview with WPI admissions officer Andrew Palumbo, who pulls no punches.

WPI’s decision is a powerful statement, especially for those who think test optional/blind is only suited for liberal arts colleges. Until this week, a number of colleges were just expected to go permanently test optional. WPI has raised the stakes, and will likely lead to more test-blind decisions from other institutions over the summer.

Access efforts also got a big boost from UC Merced, which announced a new guaranteed enrollment program for students graduating from local high schools. Merced pulls in students from all over the state, but has assured local students there is plenty of room on campus for them as well, as long as they complete 15 college prep courses with grades higher than a C, and earn a GPA of 3.5 or higher.

This is a program worth watching. Guaranteed admission gives local students—most of whom are low-income and/or first generation students—one less college application barrier. Regional colleges across the nation are hurting for students, and the overall application rate for low-income students was already down last year. This approach may solve both problems at once.

While schools like WPI and UC Merced blaze the trail of innovation and opportunity, too much of the college admissions world still seems mired in either the past, or in America’s continued worshipping of the false gods that most consider the only 15 colleges in the United States worth attending. This was evidenced recently by media coverage of the new movie that takes yet another look at the Varsity Blues scandal of several years ago. The film debuted this week, and has also been the talk of many college admissions social media sites.

For a profession that speaks so urgently of the need for heightened access and opportunity in college, the obsession over Varsity Blues is an unhealthy impediment. As many have pointed out, the basic story line here is not new; some rich people do everything in their power to get what they want, whether that’s the best theater tickets, reservations at exclusive restaurants, or admission to what they consider the “best” college for their child. Still, this story involves three topics society can’t seem to get enough of—money, highly selective colleges, and Hollywood—so just when energies should be devoted to increasing access, society focuses on one more version of this tabloid tickler.

It was reassuring when NACAC President Todd Reinhardt posted a tweet this week gently reminding the world that 80 percent of all colleges in the United States admit more than half their applicants. Here’s hoping other profession leaders will step up to steer our collective interests to helping more students like those in the Merced Union High School District to UC Merced and beyond. There is truly no limit to the effect that would have on the mental health, self-esteem, and future plans of a host of underserved students who deserve our attention far more than the handful of minimum-security prison Varsity Blues alumni we just can’t let go of. It really is past time to move on.