College Decisions Through the Eyes of a Child 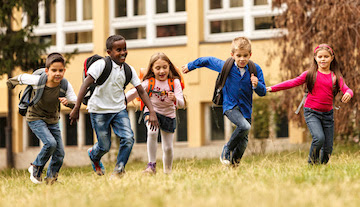 She walked out of a bookstore, and right into the heart of a very large pro-Nazi rally. Perhaps not all that big of a deal, you’re thinking, which would make sense if this was 2021. But it was 1935 or so. In Germany. And she was 14.

The moment stayed with her for the rest of her life. With the help of her husband, they escaped to Switzerland, even though her parents were educators—one of many persecuted groups.

They made their way to the US, ending up in Detroit, a city then considered the Paris of the Midwest. They decided to start a school where the relationships were based on mutual respect, not power. This wouldn’t just apply to the relationships among adults. Classrooms weren’t about learning; they were about mutual discovery, and if the end of the day came where the students hadn’t taught the teachers a thing or two, well, that day could have gone better.

Annemarie Roeper went on to be the head, or principal, of Roeper City and Country School’s (now The Roeper School) pre K- 5 program until 1980. Once the school focused its work on gifted students, many visitors were surprised, even disappointed, to visit the school and see so many children—playing.

To most, the label “gifted child” conjures up images of bespectacled four year-olds reciting state capitols aloud from memory. Annemarie saw giftedness as a state of mind, a way of seeing the world, keen on a sense of fairness, social justice, and empathy. That takes a development of self that needs expression, not suppression. Knowing the periodic table at age seven certainly is a gift, but so is the ability to understand other people and to try and make the world a better place. Which is more valuable is an issue of some conjecture to many; to Annemarie, it was an easy choice.

Another part of Annemarie’s view of children surprised a lot of people. Most early childhood educators see children, more or less, as fragile , undeveloped, needing protection from the world. Annemarie certainly believed children deserved the protections they needed, but she saw them as more complete, insightful, and sturdy than her educator peers. You’ve probably seen the GIFs out there talking about seeing the world through the eyes of a child. To Annemarie, that was the best, and only, way to see the world—deeply, and at face value.

I think about Annemarie this time of year for two reasons. She passed on in May just a few years ago, as my students were making final college decisions. I was working at Roeper, and remember being grateful for the opportunity to talk with high school seniors about choosing a college from a developmental point of view. This wasn’t about prestige, or brand envy, or paying homage to college rankings; it was about what was next in life for each student, and which college would be the best place to nurture that.

I wish every student would see college choice like that. The last of the highly selective colleges are sending out decisions, and far too many students have been nurtured by—well, someone—to see this as a combination beauty contest and Super Bowl. That doesn’t leave a lot of wiggle room, even if a dream school says Yes, since it suggests the only reason college is worth doing is to earn the merit badge, not experience the lessons of college and let them change you.

College isn’t about state capitols, winners or losers. Annemarie Roeper knew that. It would be nice if everyone kept that in mind, especially now.