The College Question That Won’t Go Away

High school commencement is the unofficial end of the college application season, so it’s surprising to see the large number of articles and talk shows still focusing on the question, Is College Worth It?   It’s almost like clockwork; in  April, we find out Ivy U admitted three percent of their students; students are  then surprised by how little financial aid they will receive from their first choice college; we then wonder if college is really worth the cost—and then, it’s Mother’s Day.

The cost question seems to be holding on this year for a number of reasons.  Let’s take a look at each one:

The Economy is Better, but Not Great  Let’s face it—our fascination with the cost of college is tied directly with the number of parents who still don’t have the good paying jobs they had five years ago. If the middle class weren’t shrinking, the cost of college would be a nuisance, but not a nightmare. As it stands, counselors will have a few more years of conversations where students start locally and transfer to their dream school.

State Governments Claim They’re Broke  A good amount of the rise in college tuition is actually a shift in funding.  State governments have less revenue, so they give less money to public colleges; this requires the college to make up the difference by raising tuition.  Since it’s an election year, no state is going to raise taxes—but they may find a way to give more money to colleges, since that’s a popular issue. Of course, that money will come from somewhere, but you aren’t likely to know from where until November.  Keep an eye on this.

Pipe Fitters Make a Good Living, Too  America’s fascination with a four-year college degree arguably went a little overboard ten years ago, leading community college leaders and trades unions to remind us that their programs are valuable as well.  It’s certainly true that everyone has their own talents, and there are very few plumbers that are starving—but the average Bachelor’s Degree holder makes $600,000 more over a lifetime than anyone else, and their unemployment rate right now is around 3.5%.  Not everyone needs four years of college, but everyone should be prepared to take a long, hard look at that option before they turn it down.

Too Many Students Have Too Much Debt  Another casualty of the Great Recession is the idea of Good Debt. An engineer that borrows the average $29,000 to get a Bachelor’s Degree will likely walk into a starting salary of $70,000—so it’s worth the investment.  Degree holders in the liberal arts realize the same quality of return over a longer period of time, as long as they finish college. It’s time to bring that idea back to life.

This is an Expensive Risk for an Undecided Student  The one takeaway of this protracted discussion on cost is to find a way to balance college cost with the need for students to grow and explore. Most adults didn’t leave college with the major they started with, but that was before there were large number of students who drop out with no degree and significant debt.

Cost makes it harder to give college students room to grow, yet that’s the whole point of college.  Without an answer to this essential question, it’s likely the discussion may reach beyond the Fourth of July—and rightfully so. Let’s hope we find an answer, and soon.

Starting at a Community College? 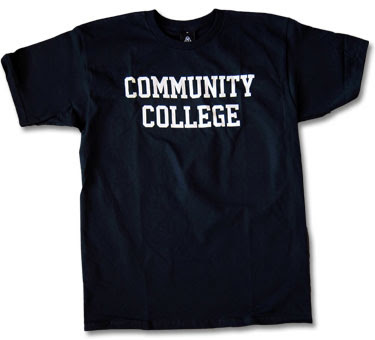 Some four-year colleges don’t take transfer students.  Students often choose a community college start after they’ve been turned down for admission at Dream School U.  This gives them the option of deferring their dream, not denying it; start here, earn strong grades, and get your dream back on track by transferring next year.

If that’s your thinking, do your homework about your next college.  Many colleges only accept transfer students if enough freshmen don’t return for their sophomore year.  Since the return rate is often around 98% at highly selective colleges, they don’t have space for transfer students, so they don’t offer that option.  Be sure to ask your destination college about transfer before you make any plans.

Many classes don’t transfer the right way.  Let’s say you spend a year as a full-time student at a local community college, and get As and Bs in all of your classes. Your next college accepts you based on your high GPA, so that means you only have three years of college to go before you graduate, right?

Usually, no.  Some of the classes you completed at community college may not be accepted for transfer to a four-year college, especially if they were classes that helped you gain a better understanding of some key ideas you didn’t grasp in high school.  Other classes may cover new material, but your next school may only give you elective credit for them, especially if they don’t offer that class.  As a result, you get elective credit for the class—but you still have to take the courses required to get a Bachelor’s Degree.

Now that we’re at the end of the college application season, it’s time to consider the validity of some ideas that are generally viewed as true.  It isn’t always easy to challenge our deepest assumptions, but since we’ve just spent eight months getting students into colleges to do just that for the next four years, it might be worthwhile to lead by example.  Let’s see what happens.

College Ready and Career Ready Are the Same Thing This idea came around about ten years ago, right after all of America was convinced that “going to college” meant “going to a four-year college.”  When skyrocketing dropout rates and loan default percentages suggested a four year college may not be part of everyone’s destiny, a few educators (largely community college employees) pointed out that many careers requiring little or no college still require advanced math—so college-bound students and career-bound students really need the same set of skills.

The sentiment is understandable, but this statement is simply wrong. America’s rush to send everyone to four-year colleges proves this point; while some had the skills necessary to make the most out of four more years of school, many didn’t—and most of them were really glad to realize that.  They then went on to some other kind of training or experience, including community college (which is college) or an apprenticeship (which isn’t college). Some of this training may have required understanding the importance of sine and cosine, but most required something else that may be easier, or harder; either way, it was different.

Some Colleges Are More Important Than Others  This time of year gives us a chance to remember that  about 3 percent of the colleges in the United States run out of space before they run out of applicants—the rest do not. This is a surprise to many families, since almost all of the media coverage on applying to college focuses on that 3 percent, giving us the impression that getting into any college requires all kinds of packaging, test prepping, and strategy.

If it really is that easy to get into college, why is there so much focus on the few where admission is hard?  Some will say it’s because the competition brings a sense of excitement, while others will tell you the media only covers controversy. A third perspective suggests this handful of schools grabs our attention because these schools are the best at what they do, and what parent (or student) in their right mind doesn’t want the best?

The answer to this question is another question—“best” according to whom?  Students who feel at home in liberal arts colleges with small class sizes may not feel at home at a college with large lectures, but other students would find too little to do or think about at a small leafy school. Some of the top 3 percent may be attractive to a large number of wealthy families, but does that make them more valuable to the rest of us—and if so, why?

Where You Go to College Does Matter—For a Different Reason


Your students can stop worrying about college—sort of.

work and thriving in at least one part of their personal lives.  Their positive reports tend to be higher than those for Americans as a whole; more important, there is no difference in the percentage of good news based on the kind of college the student attended.

If these statements sound familiar, they should. School counselors have been telling students and parents this for years.  The only way to choose a college that’s best for a particular student is to consider the student’s interests, abilities, and needs, and match them to a college that provides a student the right mix of opportunity, challenge, and support. We’ve said this before there were college rankings; we’ve said it before there were test prep colleges and five-figure independent college counselors; we’ve said it before college anxiety became the malady everyone loved to fear. Know who you are; know what you can do; know what you’d like to do, and you’re likely to make a great college match.

Now that the Gallup poll has told us we’ve been right all along, we have nothing to fear, right? In two words—no, and no.

First, it’s important to note that the survey was conducted among college graduates.  This means we have no idea about the lifelong engagement or happiness of the many, many students who started college and didn’t finish.  It’s time to study this group; if we discover that made their college choice using a different approach than the completers, we can tailor our counseling techniques to make sure choices are based on factors that increase the chance of completion—which could increase the chance of happiness. Stay tuned.

Second—and this is really important—we need to be ready to deal with the comments of the media and others who look at these results and say “So, the study is telling us it doesn’t matter where you go to college, right?”

Think of it this way.  What do you think would happen if a student walked into your office, and you told them what college they’d go to—no research, no college visits, no conversations? Would they actually apply to that college—and if they did, would they love it as much, or put as much of themselves into the experience? Most likely not—largely because this kind of college choice is pretty random.

Students pick colleges for all kinds of reasons, and some of them aren’t resonating with iron-clad logic—but none of them are random. Whether it’s a multi-factor spreadsheet, the quality of the football team, or an intuitive feeling that it’s the right place for them, students put a little of themselves in the college selection process.  That makes the choice more real to them, and commitment is a key component of a choice.  The Gallup poll isn’t telling us that commitment is irrelevant; it’s telling us that once you make that commitment, you’re likely to have a happy life, wherever that commitment takes you.