The Return of the SAT Essay? 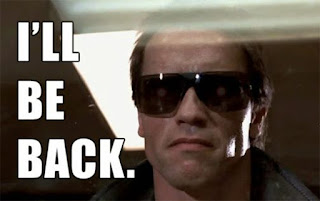 It didn’t take long for the worlds of artificial intelligence and college admissions to meet—or, depending on your perspective, collide. Computers have long played an important role in admissions, but the skillset AI brings to the table leaves all kinds of areas where technology can do what humans are currently doing, typically much more quickly.

AI has recently reared its head in our world in an area many hadn’t expected. A recent article in Forbes fed a couple of college essays to a computer, then handed the results to a few admissions experts to evaluate. A couple of the essays didn’t exactly follow the logistics of the assignment, leaving at least one essay several hundred words short of the limit. Those reviewed by the experts were viewed as flat and soulless, a description that makes sense, since part of a good college admissions essay includes narrative based on life experiences a computer doesn’t have.

Nonetheless, the issue has raised the attention of more than a few admissions officers, leading them to ask—once the kinks are worked out, will the college admissions essay have outlived its purpose?

Discussions about this issue have taken some interesting turns, with more than a few pundits suggesting a return of the SAT Writing Exam. College Board scuttled the exam in 2021, largely due to the very few colleges requiring it at the time. In the event AI programs are capable of creating student-quality essays, there are some sound logistical reasons to consider bringing at least the format of the writing exam back into the fold:

Authenticity The old writing exam may have had its challenges, but at least the colleges knew who wrote the answer. Having students write an admissions essay in the presence of an SAT test supervisor—or on a secure website where they can’t leave the writing portion of the test—takes care of many of those concerns.

Uniformity A common complaint with the current college essays is that some students have the luxury of hiring essay coaches, tutors, and others to strengthen the quality of the essay. A return to the writing exam format would still allow students to engage in practice essays prior to the test date, but the finished item would be created by all students in the same period of time.

That said, very few tears were shed when the writing exam was terminated. If the format is brought back to life, College Board would need to consider:

Subject Many colleges use the college essay as a personal statement, asking students to draw on their thoughts, observations, and life history in crafting a thoughtful essay. Prompts of the old writing exam tended to stay with facts and provable instances.

Length of exam period It isn’t uncommon for students to spend hours on several drafts of college essays, while the old writing exam asked students to come up with one draft in less than an hour. Graders of the exam were trained to keep these limitations in mind, but is it really reasonable to expect a student to produce a high-quality personal essay in less time than it takes to make a pizza?

Grading Some questioned how the old exams were scored, with some claiming the rubric used had little to do with the elements of a quality college essay.

As the Forbes article points out, we’re unlikely to see a world where admissions decisions are made entirely by computers. Still, AI is just a few tweaks away from requiring reconsideration of the college admissions essay. This is going to be interesting. 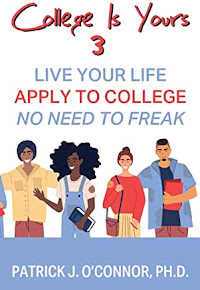