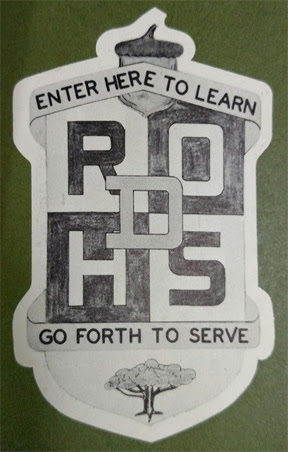 I only saw him on campus once, and it was clear he was a visitor. I was a school counselor at Dondero High School in Royal Oak, Michigan, about a 20 minute drive from downtown Detroit. Royal Oak was a Detroit suburb from the get-go, but its roots were clearly blue collar. I spotted this visitor in the late 80s, when guys wearing dusters were all the rage, and this guy’s duster was not the Target knockoff—it radiated with authenticity.

It was also easy to see he wasn’t a teacher by the way he moved. Teachers—and counselors for that matter—always seem to walk at a pace and an angle that allows them to carry the maximum number of unchecked papers, juice boxes, or dioramas. This guy was flying in and out of offices and classrooms with his head held high and a keen sense of purpose. It was like he knew the place and loved every nook and cranny of it, and he wanted to see all of it, right now.

It turns out there was a reason why it seemed like he knew the place—he had gone there as a student, and tried out his early hand at music in high school, as did so many budding Les Pauls of the day. Turns out, it stuck with him, as he went on to write and record some of the most played music in American history as part of the Eagles.

I ran into Glenn Frey twice that day, once as I was leaving my office, and once when he was going into the attendance office to say hello to one of the secretaries. I was later told he only made it back into town one or twice a year, but he always—always—came back to Dondero to say hello to the teachers and staff he still knew—and he said hello to all of them. Overhearing him interact with his role models, you could tell this was pretty standard “catching up” stuff—have you heard from this guy, did these two finally get married, why did this teacher retire so soon? Any of these visits could have been a serious press event, or an all-school assembly where he would sell a few records and tell kids to keep their grades up. Nope. This was just Glenn, catching up with the people who raised him.

In a two thousand dollar duster.

This is one of many moments that stay in the front of my head about Dondero, which closed in the mid-2000s due to low enrollment. There were about 1000 students when I worked there for two years, but the place burst at the seams for many years at 2400 kids. In a tribute to administrative overplanning, there were 4 different lunch periods back in the day, including two where students went to class for twenty minutes, left to eat lunch, and then—watch carefully—returned to the same class for twenty-five more minutes of instruction. Classrooms were crammed to the gills, it was an open classroom because administrators were praying students would go loiter somewhere else, and while the football team was never all that good, every opposing team knew you went straight to the bus after the game, because Dondero may not win the game, but they would sure win the postgame rumble.

And it all worked. Like every public school at the time, the only thing all Dondero students had in common was a zip code. They came from different backgrounds and different countries. Many were born in the houses they would ultimately own and die in, and college was still an iffy proposition for many of them. But at the end of the day—literally the end of every school day—each student had the chance to go home knowing a little more about the world, knowing a little more about themselves, and knowing they were loved for who they were. This was due to a veteran staff—when I was there in the 80s, the tenure of many of my colleagues went back to the Eisenhower administration—who had to learn the vital elements of teaching in a hurry. With 2400 in the audience, there’s no room for dress rehearsals.

I’ve worked at schools with better college admit rates and nicer buildings, but these were private schools that got to pick and choose who got to go there. Dondero opened the front doors every morning and created a sense of community with whoever showed up, every member wincing at the team nickname (the Oaks), every member willing to defend the honor of the school if an outsider was doing the wincing.

I’ve studied a lot about community building, and worked in many high schools that had slogans about students coming first. They have all been pretty great places, to be sure, but there’s something to be said about teaching at a school where kids live in art deco and Craftsman houses built so close to each other, they might as well be one big house for one big family. At Dondero, we were. Glenn Frey thought so, too. That may be why the road by the south side of the building was named after him. Like all of us, he’s part of the family forever.