Why This Year’s College Decisions Are Different

Students are starting to hear back from the colleges they’ve applied to, and the early results aren’t all that different from recent years—lots of admits, a few denials, and more deferrals, where colleges want to see the most recent grades from an applicant before making a final decision.

The results may be different, but that doesn’t mean the students aren’t surprised. Thanks to an armload of media articles about the declining birthrate, some students made college choices based on the assumption that most colleges would welcome their application with open arms, and throw in a scholarship just for good measure. Fewer births in 2001 means fewer seniors in 2019—so what’s keeping a college from admitting every student who applies?

There are a couple of factors at play here. First, remember that the most selective colleges admitted less than ten percent of their applicants last year. This isn’t a lot of colleges, but most of them are the ones the media spends far too much time focusing on. This gives the impression that whatever is going on with these schools must be going on with every school—and if that’s the case, why didn’t my first-choice college take me?

This is where math comes in. Let’s say a college admitted 5% of its applicant pool last year, and had 25,000 applications. That means they admitted 1250 students.

Now, let’s say the birthright has a pretty extreme effect, so the college has 10% fewer applicants this year. That means they have 22,500 applicants. In order for that college to still admit 1250 students, they do indeed have to take a higher percentage of students—this year, they’d have to take 5.5% of their applicant pool, instead of the 5% they admitted last year. Not exactly a massive increase.

It’s also important to remember that birthrates and application numbers are two different things. We may have seen fewer babes eighteen years ago, but parental expectations about college continue to grow, and the choices parents had as high school students often aren’t seen as good enough for their children. That means more families break through self-imposed limitations every year, and decide their child is going to Go. For It. when it comes to applying to college. The increase in applicants at selective colleges has exceeded the increase in the birth rate for these last few years. What makes us think the decrease in birth rate is going to change that?

If anything, the changes in admission rates we’re expecting are much more likely to show up in the colleges that have long admitted many, if not most, of the students who apply. That might lead to a big increase in the number of admitted students, but if it does, that’s not much of a surprise. Most of these colleges have had empty beds for the last several years. If the birthrate scare finally forces more of them to start looking for more students in new parts of the country (and the world), most would argue that move is overdue—only being done by necessity.


Media coverage of the birthrate decline may seem to give students new reason to hope for admission to the school of their dreams, but a quick run of the calculator shows students are still better off understanding the limits of college dreams, and the necessity of college plans. You may be seeing more dashed dreamers in your office in the coming weeks. Go easy on them, and resist the temptation to lead with the calculator. Tissues are still the counselor’s best friend.

Washington Needs Your Voice. Here’s How to Use It. 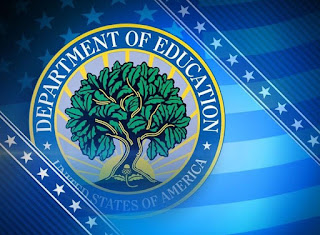 Politics really drives me crazy sometimes. It wasn’t two years ago that groups from all walks of life were begging, pleading, demanding something be done to create safer schools—and the fervor was so huge, there really was a sense something might get done this time.

That was then. Ukraine came along, and suddenly, it’s even a miracle that the recent school shootings got any coverage in part because the casualty counts were so small. So little attention is being paid to this issue that a bill funding approximately 10,000 new school counselors is sitting in a House committee, going absolutely nowhere, in part because no one knows anything about it.

If you’re wondering what you can do to try and get Washington to pay more attention to the needs of school counselors, have I got a program for you. The US Department of Education just opened applications for the next round of School Ambassador Fellows, educators who keep the Department informed of issues of interest and concern in the field. These teachers, administrators and educators work with the Department to offer programming, seminars, and other events designed to improve education. They also offer counsel on policy development and changes that will meet more needs of students, families, and educators.
This program is in its twelfth year, but it’s only been open to school counselors for the past three years. I had the privilege of serving as the inaugural School Counselor Ambassador Fellow, and I can tell you, our work is cut out for us. I spent most of my time talking with policy makers about the real world of school counselors—the gap between what we really do, and what we’re supposed to do, the students who need more help from school counselors and why, and the training school counselors receive that does (and doesn’t) get them ready for their work.

I’m pleased to say I met with nothing but receptive audiences when I talked about the needs for school counselors. This included a couple of meetings with Secretary DeVos, who expressed unconditional support for the need to make sure all students leave high school with a comprehensive understanding of all of the options available to them after high school, a goal that has long been part of the counseling community. Policy proposals to advance that goal were well received while I was there, and the current Counselor Ambassador is building on that start in impressive ways.

If having a say at the US Department of Education sounds interesting, know that you don’t have to give up your day job to do this work. Thanks to the support of my administrators, I was able to work as a Campus Ambassador Fellow, which meant I still worked as a counselor, but spent 3-4 days in Washington about once every 6-8 weeks. I still supported my work as a Fellow when I was in the office, writing newsletters and memos to support policies and programs. My daily work with students helped keep my advice to the Department grounded, based on real-life experiences that resonated with the team in DC. Of course, if you want to spend all your time in DC, that’s an option too, where you’d take more meetings and have an even stronger voice in policy development.


Our profession is making some great headway in the national conversation about student health, and our next Ambassador in Washington is going to play an important role in moving us even farther. To find out more about how you can make a difference, take a look here—and don’t think for a second you’re not good enough to do this. The deadline is December 31.