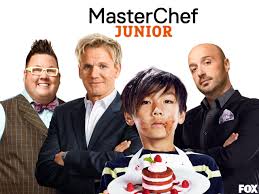 I have never been much of a Gordon Ramsay fan.  My one interaction with Hell’s Kitchen—where he is invited to take over a fairly bad restaurant on its last legs to try and bully the owner into shaping things up—was based on morbid curiosity, wondering how long someone could keep up that level of rage, hoping everyone would be singing It’s a Small World After All at the end.  Once it was clear that was not going to happen, I wrote him off as one more privileged guy with anger issues, who, much to the delight of his family, found ways to channel the energy in ways society deemed to be productive, if still somewhat dangerous.

That perspective held true for several years, until I came home before Christmas break last December, to discover my daughter binge-watching Master Chef Junior.  Participants are invited to compete against one another in a kitchen that has absolutely, positively every kitchen contraption known to the free world, along with a pantry that has no back wall.  Unlike Hell’s Kitchen and the original Master Chef, the participants in Master Chef Junior are children—ages 8 to 13—still under the tutelage of Gordon Ramsay.

My first inclination was to honor my duty to report, and contact child protective services.  Anyone who goes nose-to-nose in an f-bomb contest with a slightly inebriated line cook should generally not be allowed on the same continent as young children, let alone put in charge of them.  Yet, Chef Ramsey was there, flawlessly demonstrating how to pan fry a steak to a room full of kids, with a clarity, focus, and energy that inspired them all to do the very same thing five minutes later.  He utzed them, he urged them, he cheered them on, he corrected their steps by asking questions and letting them evaluate themselves, and he helped them grow to believe in themselves, all without a single curse word. I was hooked.

Subsequent episodes revealed the same approach to his work with his mentees.  If the challenge of the evening is to cook food for the public, Chef Ramsey’s famous temper does tend to flare up when his charges disappoint—he has probably thrown ten pounds of undercooked chicken across the several years of the show.  At the same time, when an oil spatter leads a contestant to cry out in pain, or a dish gone wrong dissolves an eight-year-old into tears, Chef Ramsay is there with ample physical and emotional first aid, urging the young cook to find a new gear of focus within, guiding them back to the task at hand with new-found confidence, only once he knows they’re OK.  Add the moments when the show calls for childlike silliness—like the time a pasta-making activity ended up with Chef Ramsay wearing a huge bowl of red sauce dumped on him from midair—and it is heartening to see a world-class chef still knows what it means to play in the kitchen.

We’re all caught up with the back episodes now, and watching the current season, where the next generation of Michelin stars recently completed a cooking task so flawlessly, the judges couldn’t send anyone home that night.  Seeing the combination of humor, expectation, encouragement and faith Chef Ramsay and his fellow chefs give so freely to their crew, I’ve often felt society as a whole would be better off if we shuttered every teacher training and counselor training program in the country, and simply required future educators to learn their craft from Master Chef Junior.  The standards are high, the support is infinite, and even though, as they frequently remind the participants, everyone can do well, but there can only be one winner—no one walks away with their head down.  Instead, they are eager to apply what they’ve learned to next time.  That would make for one mighty impressive school, replete with a pretty amazing cafeteria to boot.

Email ThisBlogThis!Share to TwitterShare to FacebookShare to Pinterest
Labels: mentoring