How Do Colleges Know Mom Wrote the Essay? Beats Me

Back in the days when young people used Facebook, a wild rumor burst on to the college counseling scene: 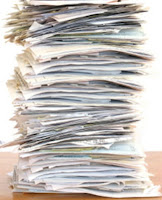 “Did you know admissions offices look at the Facebook accounts of their applicants?”

Given the number of applications a college gets, I didn’t see how this was even reasonably possible, but I thought I’d reach out to a few college colleagues and see what they said.  Most of them said something like “Are you crazy?”, or “Who has the time to do that?”, but the most interesting response I got was this one:

I had a flashback to that moment recently, when I read a story that proports to tell parents how college admissions officers can tell if parents have written their children’s college essays. It’s fairly well known many students get significant help writing these essays, either through parents, tutors, or writing coaches. While many of these helpers know the difference between advising, editing, and doing the writing for the student, colleges say a growing number of application essays clearly are being written by someone other than the applicant.

I haven’t read the piece, other than to notice that it isn’t written by someone who works in a college admissions officer.  That’s very comforting, since the knowledge admissions officers have of the way their school reads applications is sacred, at least to me.

I’ve been helping students get into college for a long time, and I’d like to think I can at least tell if a student has a reasonable shot at getting in to a school. But I also know what I don’t know.  I don’t know how many volleyball players the D-I champion college is looking for this year.  I don’t know if the 8 kabillion dollar capital campaign is going to lead to an increase in special case admissions this year.  I don’t know how a college chooses between a Straight A student who went to a school that offers no APs, and a Straight A student who took every one of the 10 APs her school had to offer.

And I don’t want to know.  Where some counselors think this information will help their student decide where to apply, the inside baseball that guides the admissions decisions this year won’t be the same next year.  Like the stock market, past performance is no guarantee of future earnings potential.  Or, like the rep from a DI hockey school once told me, “If we’re graduating three hockey goalies this year, and you’re a hockey goalie, your chances of getting in just went up.  On the other hand, if we just admitted three hockey goalies last year, and you’re a hockey goalie applying this year, your chances of getting admitted just went down.”

It’s the same with college essays.  Colleges value original thought, and if you’ve signed an application saying the ideas here are yours, you’re going to be toast if they aren’t. End of story.

I can support that without knowing how colleges know the essays are fakes, and I can support it even more if colleges don’t tell parents how they know.  Tipping your hand to Mommy and Daddy only makes college admissions more of a game than it already is, and that serves no one. Telling them you know is warning enough.
Posted by Gene at 2:24 PM