Collarbones and 200 Valedictorians: Too Many Shiny Objects 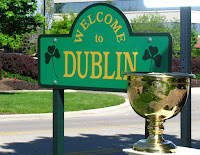 It started out simply enough. The student had worn a shirt that exposed her collarbones, a violation of the school dress code. The principal called this to the student’s attention, and asked her to put on a jacket, and she complied. Now we can get back to learning, yes?

Evidently not. Dissatisfied with the effect the jacket had, the principal changed his mind, and told the student she’d have to change. She wasn’t interested in doing that, so they tried to call her mother, all to no avail—so the principal called a security guard and told the student either to change the shirt in question, or be taken into custody. As a result, she will not walk the stage for graduation…

…even though she is the class valedictorian.

This would likely be less of an issue at the graduation ceremony at any of the three high schools in Dublin, Ohio, where 222 valedictorians—20 percent of the senior class—is being honored. The high school established a policy where anyone in a certain grade point range is considered a valedictorian. This, despite the fact that the definition of valedictorian is the one student who gives the valediction (or class) speech at the graduation ceremony. That’s one student, not 222.

All of this requires us to ask the question, just what on earth is going on in schools these days? Unless I’ve missed something, the purpose of school is to provide some reasonably orderly way for students to learn more about themselves and the world. Once the basic rules are put together allowing that to happen, everyone should get way out of the way, and leave the teachers and students to the task at hand—creating strong learning relationships.

That doesn’t seem to be the case with either of these schools. Once the principal told the student to put on the jacket, that was the end of his opportunity to influence the learning atmosphere. If it would have been better to ask her to put on a sweatshirt, well, that’s a learning experience the principal can apply next time. No student is going to be nearly as critical of the jacket-shirt ensemble as the principal, so moving on was the right thing to do. Instead, the student gets a lesson about the world, for sure. When someone in power uses poor judgement, they often see to it that they aren’t the ones who pay.

It’s really hard to say just what’s going on with the schools in Dublin. Just about every high school has been in the tough spot where one student has a 4.00 GPA and another student has a 3.99 GPA. But that’s a little different than deciding every student with a high GPA gets to be called a valedictorian. “Valedictorian” doesn’t mean you’re smart; it means you’re the best student in your class. That’s what colleges mean when they offer a valedictorian scholarship—send us your one best student, and they’ll get help paying for college. Deciding a word means something else isn’t really up to a high school.

There’s a flood of stories around, talking about how schools are failing students, and how they could do better. One place to begin the turnaround would be for schools to look at what they’re doing, and why they’re doing it, and see if it has anything to do with students learning something. If it doesn’t, maybe that’s one less shiny object we could all do without, so we could get back to the matter at hand.
Posted by Gene at 11:03 AM