Topic of Your Choice as a College Essay. Just Because You Can... 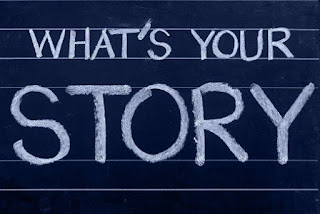 “Well, I was doing OK, until I heard you wanted to see me.”

“They turned me down already? I guess I shouldn’t be surprised. Their admission percentage is equal to the Federal Reserve benchmark rate.”

“James, your diffidence is astonishing. No, they haven’t turned you down, but...”

“...they had some questions about your essay.”

“Yes. What did they tell me the title was? Oh yes. There’s No Place Like With Homeboys for the Holidays.”

“They said it really had some touching moments in it, as well as two consecutive prepositions in the title, but it didn’t say a lot about you. They also wanted to know a little about its origins.”

“Well, I—- hey, wait a minute. Are they saying someone else wrote that essay? Because if they are, they’re dead wrong. That entire essay was all me.”

“You have no idea how little that comforts me, James. Actually, they were wondering about timing.”

“Yes. When did you start writing the essay?”

“I see. And the deadline was?”

“Actually, I started this one at two in the afternoon.”

“Well then, plenty of time for multiple drafts.”

“And I finished in time to watch Home Alone with my cousins.”

“That would include Cousin Kate, who gave your dog Felix the beef jerky under the mistletoe?”

“Wait. I thought I took that part out.”

“OK, OK, I did it again—I ran myself out of time. I was in the middle of a round of Apples to Apples with my cousins, when my mother said I had to finish my Tartar app. All I had left was my essay, so I looked at the prompts, picked “Write on the topic of your choice”, and put down the first thing that was on my mind.”

“Which was the joy of having family around you at the holidays, the mysteries of egg nog, and the discovery that the person who wrote The Christmas Song was Jewish.”

“Wow, Dr. O’Connor. Did they read the whole essay to you over the phone?”

“”I’ve seen essays like this one a million times, James, all by students who were hoping the adrenaline of the deadline would inspire them to produce an epic Topic of Your Choice essay, instead of...”

“...Instead of taking the time to think about what the essay was saying about me, thinking about using the structure of a different topic to help me focus, and presenting rough drafts to my counselor or English teacher in advance.”

“The exact words I shared with you when you wrote Halloween: A Memoir on October 31st for your November 1st application.”

“But I really do love my family, Dr. O’Connor.”

“I know that, James. You’ve told me about the conversations you’ve had with the cousin you’ve driven to physical therapy for the last three months, the grandfather who stood next to Eisenhower on D-Day, and the other cousin you teamed up with when you were both lost on the Appalachian Trail.”

“But none of that was in the essay. Instead, Kate is on record for her poor meal choices in caring for a golden retriever.”

“You were right, Dr. O’Connor. Topic of your choice is pretty tricky. With a little more self-discipline, I could have done myself proud and written a great family essay.”

“Well, there’s some good news, James. The praise you received in the letter of recommendation from your English teacher has led Tartar College to ask me if they can look at a graded paper you’ve written for an English class. If I can submit one today, they’ll use it in lieu of your, um, essay.”

“Any ideas come to mind?”

“Well, I did write this paper in December, using O Brother, Where Art Thou? as a vehicle to compare the struggles of the protagonist in The Odyssey to those of JD Vance in Hillbilly Elegy.”

“You wrote that in December?”

“And it didn’t occur to you to submit an annotated version of that to Tartar College as the topic of your choice?”

“That’s a perfect reason to use topic of your choice, which Common Application has reinstituted as an essay option next year. If, for some reason, the other prompts don’t give you a chance to do an intellectual deep dive, then—and only then—do you go to topic of your choice.”

“And instead, they got a description of my Uncle Earl’s singing trout tie that has a Christmas hat painted on it.”

“I’ll check with your English teacher, and send the paper over this afternoon.”

“Thanks, Dr. O’Connor. You know, if you could wait a day, I’m almost finished with my next English essay.”

“Losing the Big Game: Sports as a Metaphor for Life.”