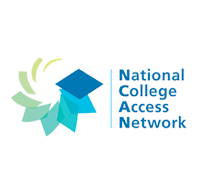 
Many college access champions are wondering what the future holds for students looking for help applying to college.  While his campaign didn’t address this topic, President-elect Trump made specific promises to poor whites and urban-area blacks to improve their lives, and promised young people in general a better future.  He’s also expressed concern that the US Department of Education has too much power, and education decisions need to be returned to the states, a point many Democrats admit in private circles.

There are four things President-elect Trump’s administration can do to fulfill these promises, all by the end of his first year in office, while still improving the quality of college access for a great number of students.
College access professionals are keeping a keen eye on the futures of undocumented students, financial aid, and the regulation of for-profit colleges, and with good reason.  While standing on principle for these core elements of college opportunity for all, advocates should also realize these four areas offer a place to begin dialogue with the new administration—dialogue that can lead to a better understanding on all sides of the needs of all students, and how college plays a role in meeting those needs.