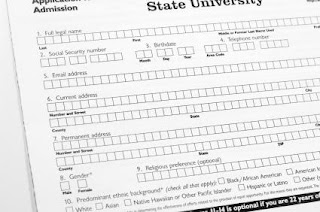 If you’re a high school counselor, you probably don’t need to be told that there have been a lot of changes made to the college application process over the summer—and some are still taking place.  As schedule changing season winds down, and college application season heats us, here’s a reminder list of what you need to watch out for:

Testing, Part I    Some of the biggest news this summer is the number of colleges that no longer require SAT or ACT results as part of the application process for most students.  This shift to test-optional admissions usually comes when one of the major tests makes changes; colleges look at the role test scores play in admissions, decide they don’t add that much information, and decide it isn’t worth putting students through all the stress of taking the test.

An updated list of test optional colleges can be found at http://www.fairtest.org/university/optional , and since colleges were just added last week, it might be a good idea to take a peek.  Keep in mind that some colleges still require test scores for some admissions cases—it’s still required for students who want to play interscholastic sports at Division I and II schools, for example.  Other colleges will still ask for test scores once the student is admitted, to use them for scholarship consideration or placement into freshmen classes.  Students should check the admissions Website of their colleges for more information, and if a student’s test scores are above the college’s average, it’s probably still a good idea to submit the test scores anyway.

Testing, Part II   Another big change that came this summer is in the highly selective colleges.  Many of these schools required students to submit either the ACT or the SAT, plus two or three SAT Subject Tests results as well.  A number of these colleges looked at these requirements over the summer, and realized this may be a little too much testing.  As a result, many highly selective colleges are now recommending students submit Subject Tests, or describing them as optional.

In some cases, Subject Tests are only optional if the student submits the ACT with Writing, but other colleges are making them optional if any other test is submitted.  It’s wise to double-check the college’s Website.

More Early Applications  The five year trend of colleges encouraging early application continues this year, with more schools offering more versions of Early Action and Early Decision than ever before.  All of these new programs make it more important than ever for students to understand that Early Decision programs require the student to attend that college if they are admitted under an Early Decision program—so if they apply ED and the college takes them, their college search is over.

Look for an increase in the number of Early Decision II programs.  These work just like Early Decision, but they usually have a later application deadline, typically in January.  This gives students more time to consider their choices before deciding to apply ED to a school.  It also allows them to apply ED to a second school, if their first choice ED school doesn’t admit them in November.

Finally, note that more Early Action colleges are trying to limit the number of other colleges students can apply to Early Action.  Usually known as Early Action Single Choice, these programs give students until May 1 to pick their college—but they can’t apply Early Action to any other college.  This requires students to also make some important choices; make sure you walk them through all of their options before they decide.