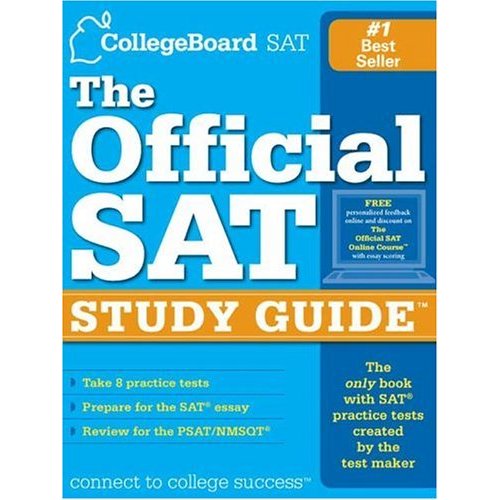 Even after College Board updated the SAT in 2005, critics called the test irrelevant. That version continued to test students’ understanding of arcane words students didn’t know.  In addition, the essay portion added to the 2005 test was ridiculed for rewarding students to write in ways that are contrary to effective writing methods for college, including the use of facts the student simply makes up.

This month, College Board said, fair enough.  The essay is now optional, and made-up facts get no credibility.  The penalty for guessing is eliminated.  Uncommonly used words are out, making ignominious feeling even more ignominious. Students who can’t afford SAT test prep will be able to use College Board-approved test prep for free on Khan Academy, and any student who gets an SAT fee waiver will also get waivers to pay for four college applications.

And what say the critics?  These changes are only being made because the SAT is losing market share to the ACT. The changes have nothing to do with education; this is all about looking more like the ACT.  And, even with the changes, the SAT is still irrelevant.

It’s absolutely true more students are taking ACT than SAT.  Several states require all students to take the ACT, even if they aren’t going to college.  Since that includes Michigan and Illinois, that’s a huge advantage in users; beyond that, students often tell me they find the ACT easier to understand than the SAT, so they take the test they feel is more comfortable.

If College Board is motivated by being #2 in the college testing market (and they haven’t said that), then second place is a plus. Competitors in any consumer-driven economy want their product to be more user-friendly for all kinds of reasons.  If the changes made to the 2016 test put the students more at ease, that could lead to scores that more accurately demonstrate what students know.

This relates to the idea of SAT-ACT sameness.  Past changes to SAT (originally an aptitude test) have made it a little more like the ACT (an achievement test), and these new changes are likely to make it even more so.  If these changes really make them alike, that will lead to fewer students taking both, leading to less time on testing and test prep, and more time on going to school.  That’s a win.

Finally, I can’t say if the SAT is relevant or not, because I’m not a college president.  Hundreds of colleges no longer require either the SAT or the ACT as part of the admissions process.  These colleges concluded that testing doesn’t tell them much more about a student than the grades, essays, and letters of recommendations students already submit when applying (and this study shows they’re right-- http://www.nacacnet.org/media-center/PressRoom/2014/Pages/BillHiss.aspx)—so why bother requiring the tests?

That’s great news for students applying to those colleges, but many colleges still require testing.  Since that means students will still be taking the SAT, why not make it a more user-friendly exam, and give students free help to get ready for it?

I am a huge advocate of test-free admissions policies, and I truly hope this round of SAT revisions will inspire every college to conduct a data-driven review of its use of standardized tests, to see if they really add to the decision-making process.  But if a college makes a data-rich conclusion that standardized tests are relevant to their admissions decisions, and you disagree with that conclusion, your issue is with that college, not with the test makers. Your demands for accountability should be addressed to them; by all means, do so.
Posted by Gene at 2:45 PM