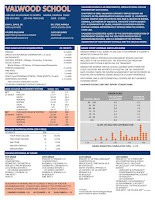 I am worried that our profession is losing its collective mind.

First, we spent a good month in collective amazement over the dirty deeds of Aunty Becky and her team, who tried to buy their kids’ way into several colleges.  To be sure, the amount of money involved, and the methods used to gain influence, were extreme and rare—so that was worthy of some conversation.  But the subsequent discussions around the role of wealth in college admissions seemed to suggest many counselors and college admissions officers out there had never realized the role money plays when it comes to getting into college.

Forgive me, but—really?  All the jokes in a wide range of TV shows and movies about “Daddy buying a building” didn’t give you the clue that a legal version of using wealth to one’s advantage played a role in college admissions?  More important, the articles talking about how wealth plays an important role in preparation for college, in everything from teacher letters of recommendation to test prep seem to go largely ignored, as well as the research showing students from better-funded schools tend to go to college more than their peers who attended underfunded schools.

I was (and am) still shaking my head from the incredible amount of buzz this “wealth increases access” idea was generating last week, when news broke that College Board has created an index that attempts to capture a student’s socio-economic context.  Again, while some of the initial arguments were valid—people wanted to know what factors went into the index—the overall response was one of utter amazement.  “You mean, colleges are going to start taking a student’s background into consideration when reviewing their applications?”

I don’t know how to break this to you, but this is old news—very old news.  Understanding the larger context of an applicant’s school experience—where they come from, the classes they had the chance to take, the community they were raised in—goes back decades, from the time colleges starting asking high schools to provide a profile of their school as part of a college application.  These profiles include everything from median household income data, to a list of the most demanding classes the school offers, to a distribution of test scores, to the famous list of colleges students attend who graduated from that high school.  Colleges might not use profile information to compare one high school to another, but they definitely use it to evaluate how much the student challenges themselves in school, how much they could have challenged themselves, and the resources the student had access to in their educational experience.

This is how some colleges—at least in the past—created weighted grading scales of their own, where a student attending a high school with a rigorous curriculum was given a “boost” of, say .3 when comparing student GPAs.  It’s also part of the basis for colleges who have created their own socio-economic rating scales, many of which have been in existence for years.

There’s plenty to keep an eye on with the College Board index, especially if it ends up being used by hundreds of colleges, creating a “one size fits all” approach to socio-economic context that, by definition, limits its effectiveness. But if the idea shocks you that colleges are starting to consider a student’s background as part of admissions decisions, you may want to consider it’s been around as long as rich people buying dorms to get their kids into college—and how, in many ways, it’s the exact same thing on a larger, institutionalized scale.