College Advisers—Helpers to All Students 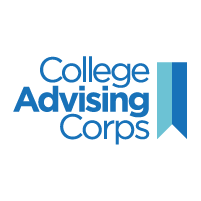 
She wanted to encourage her students to think about going to college, but after a while, she realized her words were only going to go so far. Taking her students to visit a college campus seemed like a great idea, but her district wasn’t exactly awash in field trip money, and the nearest college was a two-hour ride away. Clearly, it was time to think out of the box.
And that’s just what she did. She called the flagship college in her state, and explained her situation. “You’re too far away” she explained, “so instead of us coming to you, could a couple of your professors come see us?”
It turned out that a couple of professors didn’t come see them—an entire bus load did. For one full day, every single student in that rural high school sat in on college lectures from professors tenured at one of the top schools in the nation. When the professors left to head back to campus, no student at that high school could ever again say they didn’t know what college was about; they had just experienced part of it firsthand.
If you’re thinking, “that’s one smart school counselor”, you’re not quite on track. This brainstorm came from a college adviser, a twenty-something recent college graduate whose job supports the college advising activities of the high school counseling office where she works. Often compared to students in the Teach for America program, college advisers often come from low income backgrounds, and are the first in their family to go to college, let alone earn a degree. In providing assistance to schools and school counselors, these young advisers offer a perspective on going to college high school students can relate to, since the advisers were just on campus as students themselves. They talk about the good times, the challenges both in and out of the classroom—and they talk about whether a four-year college is the right plan for a particular student.
The college adviser movement was the focus of a recent New York Times article, but the Times felt the need to focus on the success advisers were having on getting students into top tier colleges. A broader look at the work of the advisers shows a more balanced record, where a vast majority of students working with advisers end up in quality public colleges in the student’s home state. Some will earn merit scholarships, to be sure, but almost all will have completed a FAFSA, a significant step forward for a cadre of students who often think college isn’t for them, either because it costs too much, or because they don’t see themselves as college ready.
The Times piece also leaves two key questions unanswered. First, a college adviser isn’t a college counselor or a school counselor. As part of their training, advisers understand what they can and can’t talk to students about, and how to make sure students receive the support they deserve when a counseling issue comes up in working with the students. Knowing when to say when is a vital part of being an effective adviser.
The second point is the training most advisers receive. Since most advisers don’t have an education background, most training programs start from scratch, with a comprehensive approach to college advising that usually goes on for weeks the summer before the advisers set foot on campus. From how to choose a college to how to write a college essay to paying for college and more, advisers hear from seasoned school counselors and college admissions officers, typically completing more training hours in college advising in one summer than most school counselors receive in graduate school.
By partnering the fresh college insights and the role modeling of college advisers with the institutional wisdom and multidimensional viewpoint of the school counselor, college advising is taking on a more active, relevant role in schools across the country—further proof of the need for all of us to think outside the box.
Posted by Gene at 7:40 PM