What to Say When Your Students are Freaked About College Apps


Peer pressure is an amazing thing. 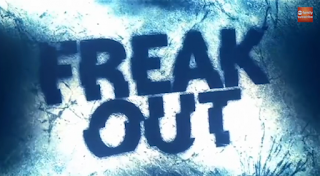 There haven’t been two months of school in many states, but some seniors are already convinced everyone is ahead of them in the rush to college. “I’m all through with my applications” beams Jennifer. “I’ve narrowed my Early Decision college down to two” boasts another student. “I’m almost done with my first application” crows a third, “my essay is all that’s left.”
Seniors, it is October 20. College doesn’t start for 10 months. No college has closed admission, and one isn’t likely to until November 30. After that, there will only be, oh, about 3000 other colleges to choose from. Many of them don’t require test scores or essays, most don’t let students apply Early Decision — and they totally rock. So there’s time.
But enough about them. Let’s talk about you.
When was the last time something good ever happened to your life when you took a snapshot of somebody else’s life and assumed it was wonderful? Jennifer may be finished applying to college, but maybe that’s because her mother was holding the car keys hostage until the apps were done. Does that make for great college essays — especially since essays due January 1st should be reviewed December 15th, just in case the first four months of senior year have changed you, the way you look at the world, or what you want to do with your life?
And your friend who’s choosing an Early Decision school — does he understand this is like marriage? Sure, more ED students get admitted (by percentage) than students who wait — but if your one ED college accepts you, you have to go there. Done, Decided. Welcome to the Family.
If your friend has doubts about both of these schools, maybe it isn’t time to book the bachelor party just yet. Instead, he should find some other colleges that have the best qualities of both schools, apply to all of them as a regular applicant, and see what feels best eight months from now.

As for our applicant who needs to finish her essays, she is probably stuck on her essays. If so, it’s likely she is trying to write them Tuesday night at 10, after a full day of school, band practice, homework, and a dinner that involves microwaved pasta, no lettuce, and little family time.
If this describes your friend, here is her antidote — no essays on Tuesday. Carve a two-hour block out of Saturday or Sunday (or both), work on your applications then — and only then — and forget about them during the week. That way, you get to study and learn, work on the homecoming float, have a great senior year, and write great college essays to boot. Plus, your applications will be done by Thanksgiving, so you can spend Christmas break with your family, not with your computer.
The root of all bad living lies in thinking someone else has it better than you — it can make you feel trapped, confused, and unworthy. Funny thing is, that isn’t because of pressure a peer is putting on you; that’s because of pressure you’re putting on yourself.
It’s time to deflate. Be happy Jennifer’s mom is off her back, tell the bridegroom ED doesn’t have to be, and make sure your pal with the essays gets a real meal next Tuesday. You’ll be happier, they’ll be happier, and you may find your first college application will be easier to complete than you thought.
On Saturday.
(Oh, right. What’s another reason your friend might not be able to write her essays?  Click here.)
Posted by Gene at 2:58 PM