A Reminder That Numbers Don’t Always Tell the Story 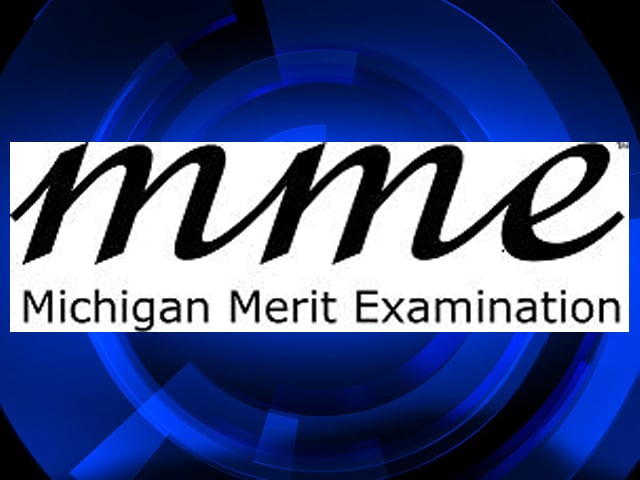 Michigan residents received interesting news about their schools this week, as the state released its annual test results.  According to the report, and to a related editorial in the Lansing State Journal, Michigan’s eleventh graders managed to do three very interesting things, all at the same time:

·         As a group, their scores on the Michigan Merit Exam went up;
·         At the same time, the number of students the test deemed to be “college-ready” went down;
·         At 200 high schools, not a single junior was college-ready, according to the test.
If the purpose of data is to lead to more questions, this set of test scores gets an A, since the results seem to be confusing at best, and discouraging at worst.How can scores go up if fewer students are college ready?  The test used to determine college readiness is the ACT, which measures student performance in English, math, science reasoning, and math.  Students are college-ready only if they score at a certain level at each of the four areas.  This means more students scored higher on parts of the exam than last year, but fewer of them scored at the college level ready in all four areas.

So it’s kind of like having five players on your basketball team that each score 20 points, instead of having one player score 30, and the other four score 10.  Exactly.  Michigan’s students generated more points, but fewer individuals were, so to speak, high scorers.

Is that good?  As a group, Michigan scored higher on the exam to move up the average.  That suggests students as a whole are learning more, so that’s good news.

Will this lead to more students taking remedial classes in college, or flunking out?  That’s hard to say.  If a student majoring in History is college ready (according to the ACT) in reading and English, but not math and science, they might get through the few college-level  math and science classes they need with more study time and a tutor. Engineering students with high math and science scores who didn’t make the ACT college-ready standard in English may have a harder time, since you have to read no matter what you study, but they might be OK as well, if their scores were only a point or two away.Because the test isn’t perfect, and some students who scored close to college-ready may be fine.  Right.

So the college-bound students at those 200 high schools will probably be OK?  Many of those students will go on to college and be fine, as long as they study hard in their senior year and make good college choices.  Still, educators in those schools will be looking to see what they can do to get all of their students across the finish line. Zero is a powerful number, and that could be good news in the end.

Anything else in the data we should know about?  The breakdown of average scores by race continues to be discouraging—only 5% of African-American students taking the test were viewed as college-ready in math. This suggests we have a long way to go in working with students of color, especially in low-income areas; but if anyone needed test scores to realize that, you have to wonder if they’ve been paying attention. School counselors got their summer vacation off to a great start, as many are attending the annualconference of the American School Counselor Association in Orlando, which featured First Lady Michelle Obama as one of the keynote speakers. After thanking the counselors for all they do, Mrs. Obama touched on many of the key challenges counselors live with every day:

• Mrs. Obama called the national average of one counselor for every 471 students "outrageous."
• "(O)ne in five American high schools doesn't have any school counselors at all--none. And that's appalling."
• " (T)hose of you at the high school level are expected to help students choose between thousands of colleges and certificate programs and countless financial aid packages, but hardly any of your master's degree programs included training on college and career readiness."
The applause received by each of these remarks indicated a sense of gratitude and relief--at last, a policy maker truly understood the needs of school counselors.
Mrs. Obama then outlined three key steps the administration is taking to support school counselors:

• Starting in 2015, the School Counselor of the Year will be recognized at a White House ceremony, echoing the long-held White House practice of honoring the Teacher of the Year.
• A meeting will be held in late July at Harvard to discuss the professional development needs of school counselors and the future of the profession.
• Secretary of Education Arne Duncan has sent a letter to all state education leaders, calling for more support of school counselors.
A close look at the letter sent to state school leaders clearly indicates this commitment to counselors is a serious one. In his communique, Secretary Duncan calls on school officials to:

• Give counselors the resources they need to do their work, including the removal of non-counseling duties that take away from time with students.
• Empower and train counselors to serve as leaders of the college access movement in their schools and beyond, giving them the skills and opportunities to provide professional development to teachers and others who help shape student attitudes about college access and college readiness.
• Develop these programs and policies for improved college access this summer.

That last point can't be overstated. The profession that has spent decades discussing student assessment and teacher tenure must radically improve the way school counselors are viewed and able to do their work in eight weeks.
Mrs. Obama's remarks advance a year-long effort by the White House to improve college access for all students. The call to elevate the role and visibility of school counselors in the college selection process is bolstered by an avalanche of datashowing the importance of counselors in helping students make good decisions for life after high school--and how badly students want and need that assistance. School counselors have long been the de facto leaders of the affective tone and college advising curriculum of their buildings. Mrs. Obama's remarks, and Secretary Duncan's letter, are the most tangible acknowledgements to date of those important roles.

Many details remain to be worked out--what will change in eight weeks, where will the money come from for professional development in college advising, how will counselor training programs respond to the paucity of college advising preparation--but it is clear that school counseling and postsecondary planning are receiving a welcome by this White House that has never been seen. School may be out, but state education leaders suddenly have some serious homework to do this summer vacation--and it's due in eight weeks.
Let's hope they get an A.